A lack of conception after 12 months of trying to conceive.

Increasing numbers of New Zealand couples struggle with infertility, partly as a result of the social trend of women delaying childbirth until an older age; and partly as a result of the decline in male sperm count. There is a marked decline in female fertility after the age of 30, with an even more pronounced decline at the age of 35 and then 40.

It is not uncommon for a healthy couple to take 12 months to conceive naturally. If no pregnancy has occurred at this time, medical investigation is recommended. This will include a physical examination of both male and female; with blood tests to check for hormonal imbalance; and sperm analysis. More invasive investigation may include a hysterosalpingogram to check that fallopian tubes are clear; or in some cases a laparoscopy.

Traditional Chinese Acupuncture has an extremely long and impressive history of the treatment of both primary and secondary infertility. Acupuncture can effectively address many of the causes of infertility including:

Treatment involves bi-weekly or weekly acupuncture for a variable length of time, depending on the circumstances of the couple. Concurrently, a naturopathic pre-conception program is commenced. This optimises the health and wellbeing of both the male and female partners, and prepares them for a health conception and pregnancy. This program involves a dietary protocol along with nutritional supplementation. Often traditional Chinese herbal formulations are used to improve fertility.

The TCM focus in the treatment of female infertility is very much on normalising the production and circulation of the “blood” energy in the body. Many female fertility issues result from a deficiency, stagnation or blockage of this energy. In my clinic I see two main features in women having difficulty conceiving. The first is a generalised deficiency of blood and qi…. An exhaustion of vital force. This results from over activity, too much stress and lack of rest and relaxation.

The second most common imbalance is a stagnation or blockage of the liver energy. Liver qi is involved in the smooth flow and regulation of hormones, digestion, mood and energy. Liver qi stagnation results from ongoing stress with suppression of emotions leading to feelings of frustration and anger. Excessive consumption of alcohol and caffeine, along with a sedentary lifestyle also contribute to liver qi stagnation.

Clinical trials suggest that the use of acupuncture in conjunction with assisted reproductive technology such as IVF significantly improves outcome. A recent review of clinical trials, published in the British Medical Journal found that using acupuncture with IVF resulted in a:

In clinical trials acupuncture is performed shortly before and after embryo transfer. As a TCM acupuncturist, I encourage my fertility clients to have regular acupuncture treatment throughout the course of their IVF process. Treatment is given once a week, for several weeks leading up to embryo transfer. This ensures that a woman’s qi and blood are strong and balanced, thus, increasing her wellbeing and health prior to conception, and increasing the likelihood of a healthy pregnancy. 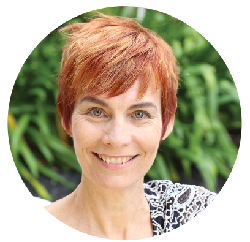